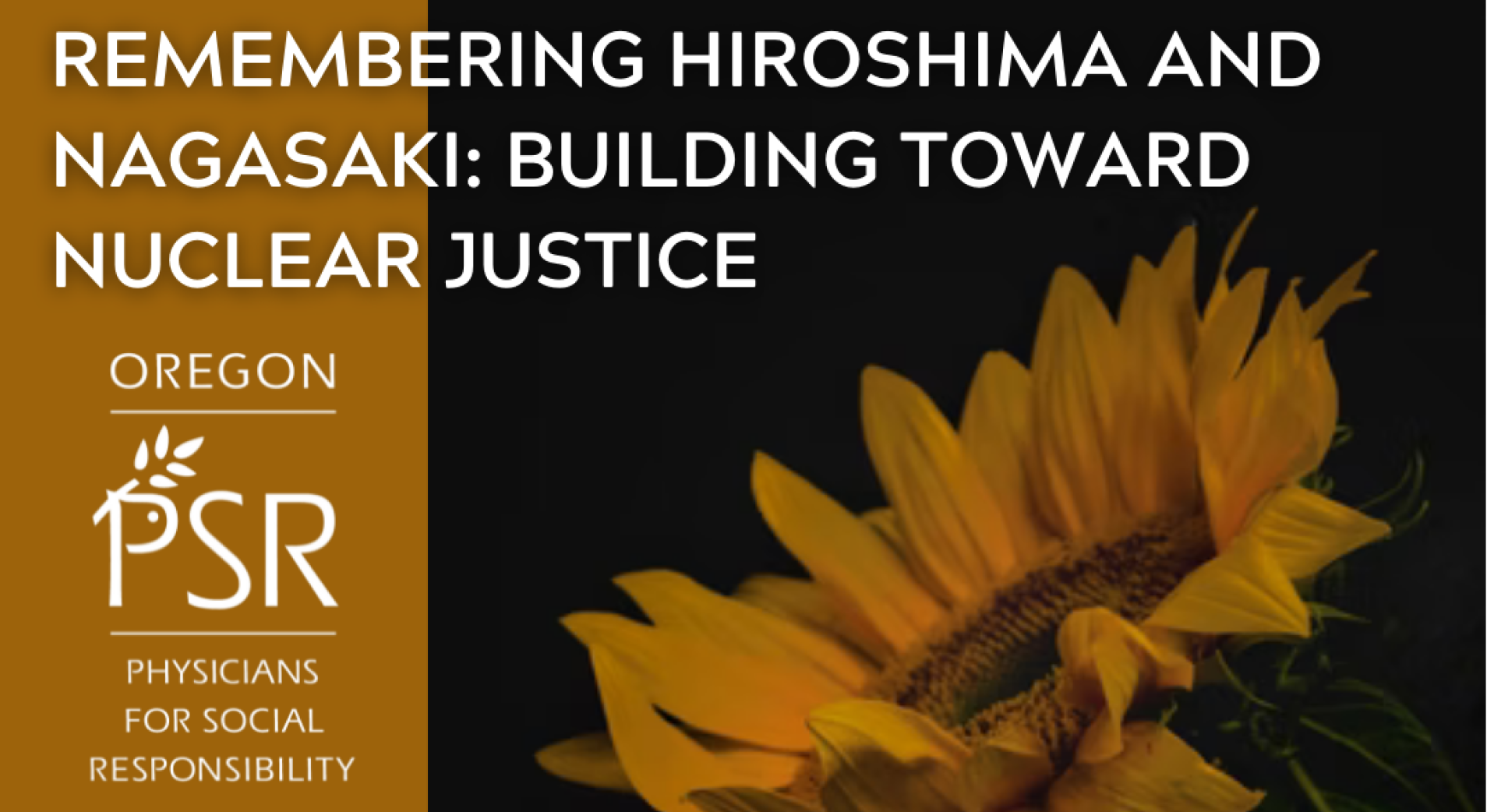 Join Oregon Physicians for Social Responsibility (PSR) and community partners (including EMO) for the annual Portland-area memorial to the victims of the atomic bombings of Hiroshima and Nagasaki.

This year, the event will return to an in-person event after virtual events for the past few years as a result of the COVID-19 pandemic, and will be at the Japanese American Historical Plaza at NW Naito Parkway and Couch Street on the Portland waterfront.

As the war in Ukraine reminds us, the existence of nuclear weapons remains a threat to all life on our planet. While 90 percent of the world’s nuclear weapons remain controlled by the United States and Russia, momentum is growing for a nuclear-free future, as the majority of countries in the world have come together to create the Treaty on the Prohibition of Nuclear Weapons, making nuclear weapons illegal under international law. The first meeting of State Parties of the Treaty recently concluded, with even some NATO-member countries surprising the world by attending.

We here in the United States must do our part to work for a nuclear-free future. We invite you to be a part of this year’s memorial event, which will feature the voices of communities most impacted by nuclear injustice and make clear the links to movements for racial, environmental, and social justice.

Go to oregonpsr.org/calendar to view a list of speakers and cosponsors.

For consideration to add a faith-based or community event on the EMO Calendar, please fill out our Event Submission Form.