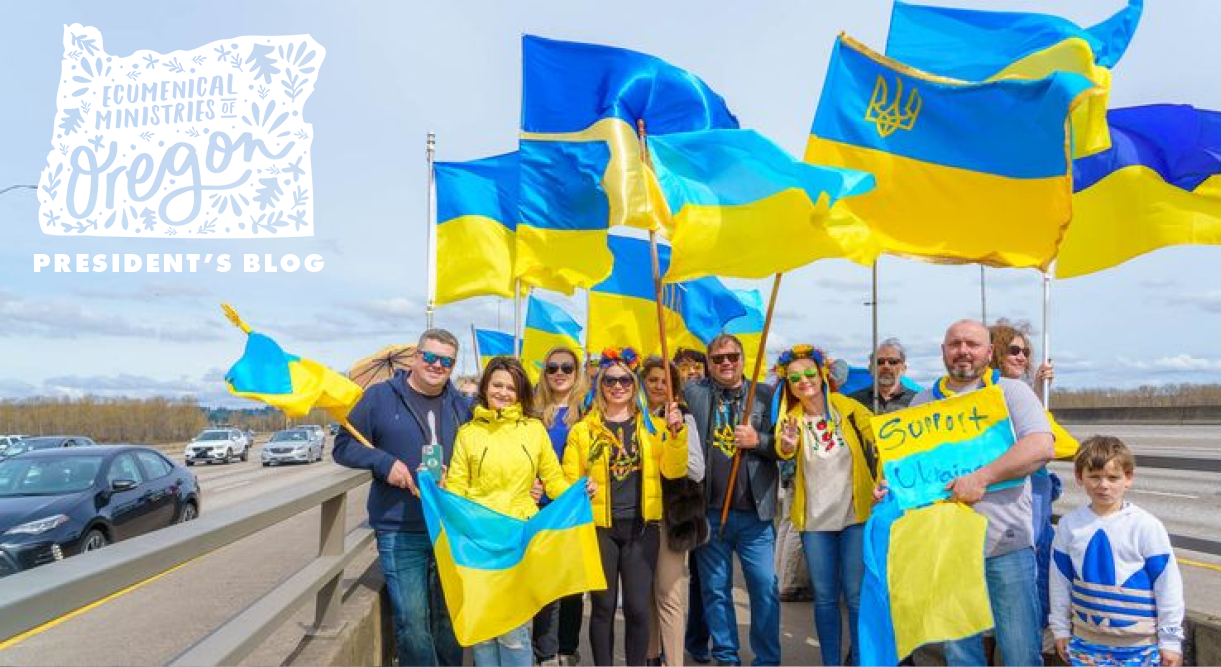 The journey into the month of May saw more destruction and death in Ukraine, more people fleeing their homes and the country they love. And they are now arriving in Oregon.

During Holy Week, many of EMO’s faith partners responded immediately to the needs of arriving refugees with carloads of clothing for all ages, infantwear and diapers, and coats and jackets to fill the storeroom of the Ukrainian Bible Church in Fairview, Ore.

During that time, Rabbi Michael Cahana of Congregation Beth Israel in Portland traveled to Krakow, Poland, with 15 other Reformed Jewish rabbis to deliver generous donations and material goods for Ukrainians taking refuge in Poland. Upon Rabbi Cahana’s return home to Oregon, he found Temple Beth Israel vandalized in the wake of Yom HaShoa VeHaGevurah – Day of Remembrance of the Calamity and Heroism.

As many of us gathered in Pioneer Square in downtown Portland during Yom HaShoah on April 23-24 to read thousands of names of the people who perished during the Holocaust, we learned something new. Babi Yar in Kyiv was the site where 33,000 Jews were slaughtered over two days by the Nazi’s in 1941. This past March, the Babi Yar Holocaust Memorial was almost destroyed in a Russian missile attack.

No doubt our collective grief, sorrow and sense of helplessness pales in comparison to that of our siblings who have lost cherished loved ones in the past and now in the present.

And we see you, we hear you, we are with you.

This week, EMO convened local interfaith leadership with Ukrainian Orthodox, Evangelical, Catholic and Baptist clergy in our region to learn what is essential to know and how best to support their community.

As a result, "United for Peace: People of faith and goodwill gathered in support of peace in Ukraine" will be held on Tuesday, May 17, beginning at 7 p.m. It will be a hybrid event hosted in-person at Congregation Beth Israel (1972 NW Flanders St., Portland) and livestreamed statewide.

Ukrainian music and songs will be performed by Inna Kovtun (right)–a well-known recording artist and folk singer who arrived in Portland a month ago from Ukraine–classical flutist Amelia Lukas, and local Klezmer musicians.

Join people of faith and good will on the evening on May 17 as we gather to pray for peace, sing and support the Ukrainian community and church leadership in Oregon. We will also share specific ways you can support the Ukrainian people here and a world away. To learn more about the event, and access the link to watch virtually, go to emoregon.org/events.

We will see you, hear you, be with you
Ми побачимо вас, почуємо і будемо з вами 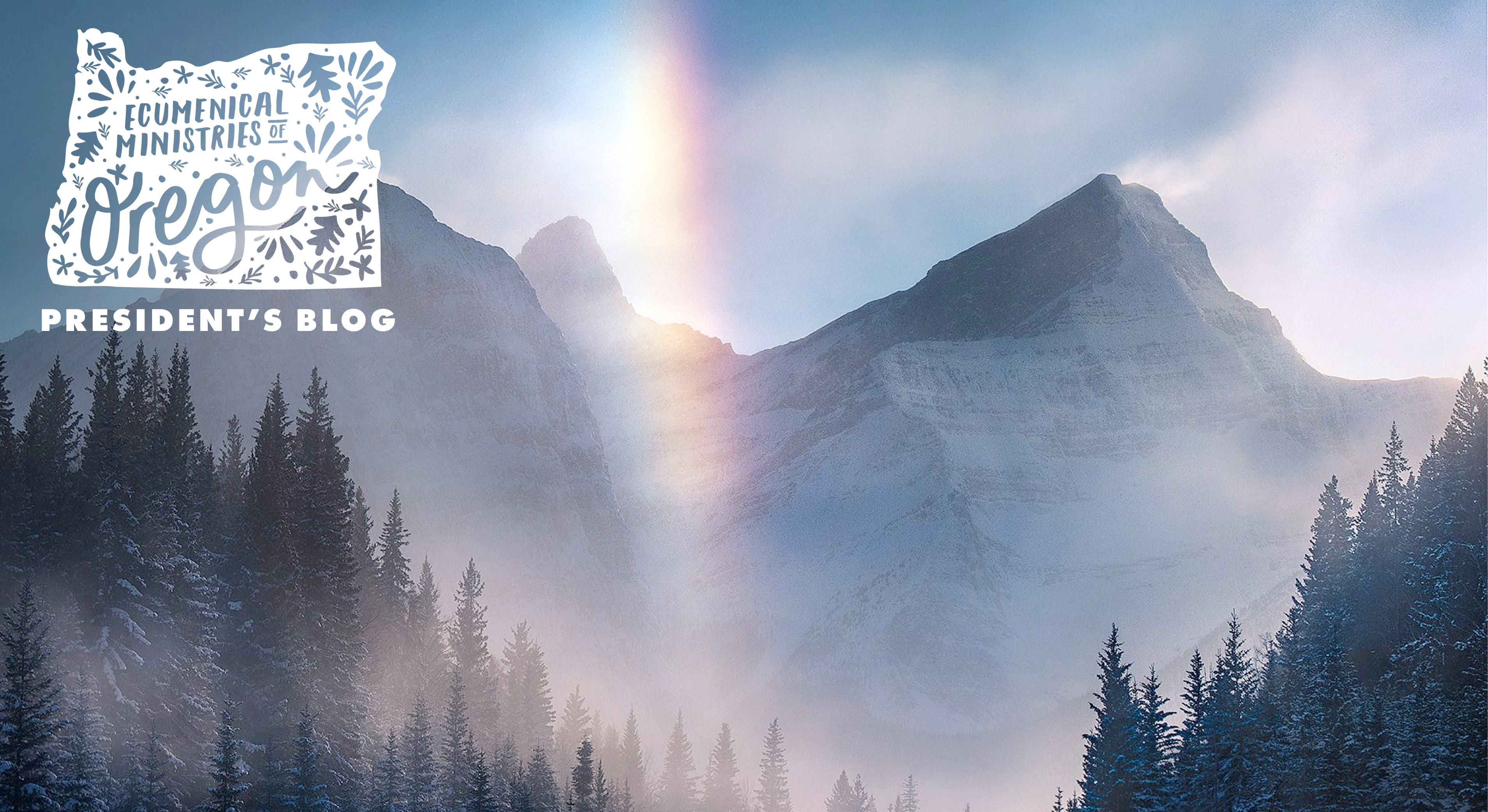 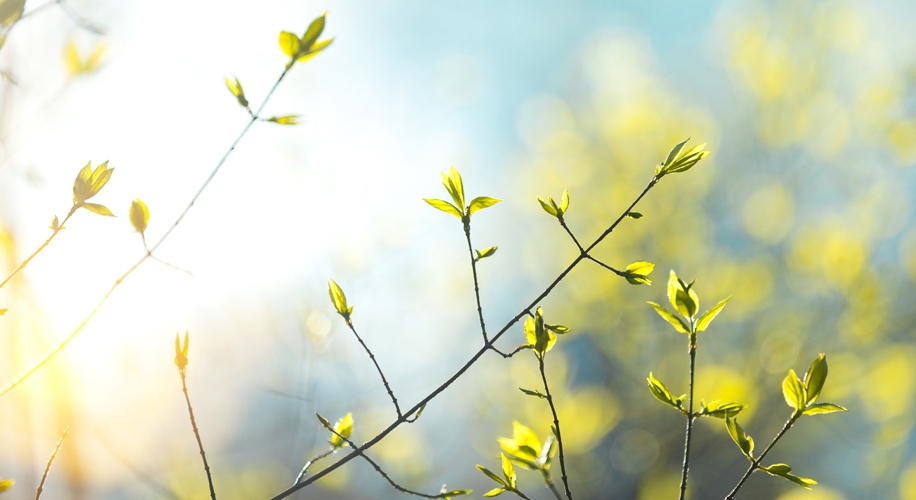 Observing the Holy Days of April 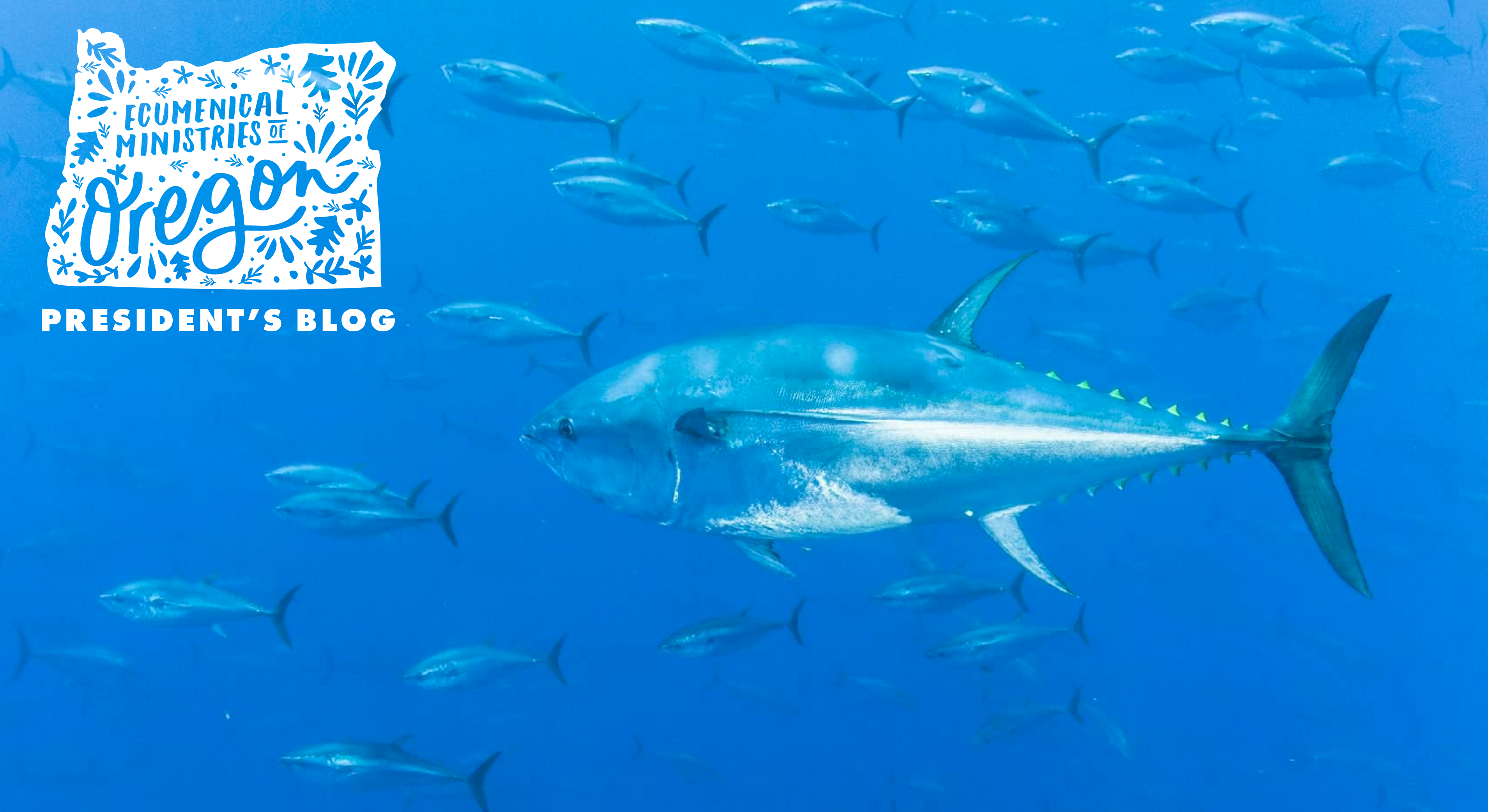